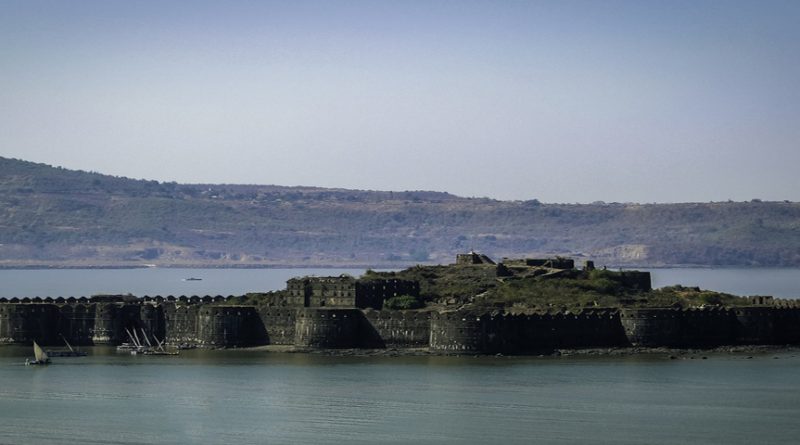 Janjira Fort loacted in Murud also known as Janjira Jal-durg.This is the only fort which has been popular amongst the kids as well as adults living in Mumbai and Maharashtra. Murud Janjira stands apart from others as it beautifully lies proud on an island off the coast of the Murud Village making it one of the most photogenic forts of Maharashtra. Another strong connect with this fort lies because of the fact that Murud Janjira was the only fort which resisted all types of vicious attacks from the powerful British East India Company. The build quality of the fort is so strong that it still remains intact and is for no doubt considered one of the strongest marine forts of India. 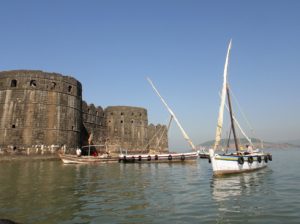 Murud-Janjira Fortis spread over 22 acres.The fort has 19 bastions which, despite the ravages of time, still stand intact. The fort’s main gate faces Rajapuri and can be seen only when one is quite close to it. It has a small gate which opens to the sea and was used for escape.

There are two water tanks inside the fort and a deep well. The well is a marvel of nature as it contains sweet water.
There are several towers and turrets in the Janjira Fort, which are used for keeping guns and cannons. This fort had a total of 500 canons previously but now only a few of them exist. Inside the Janjira Fort, you can see the water tanks, beautiful tombs and stone sculptures. At the gate, the sculpture of six elephants by a tiger is very impressive. This portrays the valor of the Siddis. You can find 19 burj inside the Janjira Fort. Kalal Bangadi, Chavari and Landa Kasam are the well known guns that are found under every burj.

The nearest airport is at Mumbai, while Roha on the Konkan railway in the nearest railway station. By road, it takes only five hours to reach Murud.

Please wait...
Want to be notified when our article is published? Enter your email address and name below to be the first to know.
Main Menu